Do you want to learn how to ace the cloud career interview to land your dream cloud architect job?

Then this article is for you. I will share with you four of the most important tips and strategies to succeed in your cloud career interview process. If you follow this guidance, you will be one step closer to landing one of the coveted cloud computing jobs.

Let’s begin with honesty. As I said, I have interviewed thousands of people in my life. When I receive resumes, they almost look like an advertising agency put them together. By this, I mean they have put everything that would look great down, and then when you actually meet the candidate, they don’t have any of the substance that is expected. So, this first thing is honesty. To put it simply, I can tell when someone’s honest, and so can all of the other hiring managers. Here is what I’m going to suggest. You’re going to have a technical interview and they’re going to ask you what you’ve done. They’re going to ask you what you know. And my suggestion is to be totally honest and if you’re honest with this, you can control the interview.

If a hiring manager asks you something about a technology that you don’t know, and you start talking about nothing, the hiring manager can tell. Most candidates will attempt to bluff their way for 3-5 minutes, which is typically what you have to respond to each question. As the hiring manager, they realize they have someone that thinks they can bluff their way to prove knowledge. The hiring manager has already made up their mind about you. As an employer, one of the things that are really challenging to work with is someone that you don’t find honest. So, if someone asks you a question and you don’t know the answer, simply say, “I just don’t know, I haven’t had the opportunity, but I know a lot about this particular area.”

Basically, what I want you to do is to be honest about what you don’t know because they’re going to know anyway. And at least if they think you are honest, then you’ve got a good shot. As I stated, tell them you don’t know, but then point them instantly to something that you know. If you can show them something you know, the employer will know instantly that you can learn. So show off your strengths. But if there is a weakness and it’s an obvious weakness, tell them; and that will save the interview in a lot of the cases, even if you don’t know the answer.

The next thing I’d like you to do is learn how to control the interview. Let’s look at a scenario where you are asked a technical question, such as about high-performance computing in the Cloud environment. In this scenario, you know a lot about this because you’ve been dividing high performance, low latency environments. The question is; “What do you know about high-performance?” You begin by telling me about clustered placement groups, elastic fabric adapters, and things like that. If you can go into some depth real fast, then by all means do so. This is an opportunity to provide evidence that you are an expert on the thing they asked about. You know what, the employer, will think, “Wow, this person really knows this topic and they proved to me to so much depth that they’re technically competent. I’m probably not even going to ask them any more questions. And if I do ask them any more questions about another topic, which I probably won’t because I’m satisfied, I know they can do the job right then and there.”

Impressions are made fast, and they stick for a long time. The first impression means more than anything you can imagine because it’s going to be very hard to change someone’s mind based on that first or second impression. So you want to impress them upfront and then if you encounter something you don’t know, again, go back to that honesty level.

KNOW WHAT YOU KNOW

One thing that is most important for engineers and architects, as well as in interviews; is to know what you know. It is equally as important to know what you don’t know. With this knowledge, you should not put things on your resume that you don’t know. If you do, someone might question you on it. Only, include things that you know, put them down explicitly and be very clear about your area of expertise. I have been working in tech for over 25 years and when someone knows a lot about a small area, they’re highly in demand. They are considered a specialist and they’re generally getting paid more than the people that know a little bit about a whole lot of things.

I repeat, that they’re in demand. So again, be honest. Know what you know, know what you don’t know. Now, if you have a job interview and you know there is something that you’re weak on that will be covered; then brush up on it, definitely brush up on it. That way you can say, “I don’t know a lot about it. I’ve been spending all my time on this other particular area for the last 10 years or 25 years.” Then, if they ask you a basic question about this thing you are unfamiliar with, you can show some basic competency from the brushing up you have done. But do not lie, do not bluff, and do not obfuscate. Where basically you just string a bunch of buzz words together and make it complicated for the person to understand you. They will know you are bluffing, and it’s never going to work out.

The last part we will review is about your attitude, and this is probably the most critical part. Do you look and act energetic? Hiring managers don’t want to hire somebody that looks like they need a nap all the time. They want someone that looks motivated and hungry and wants to work. Show your energy! Are you are at the interview just for the sake of earning a paycheck or do you WANT to work there? Do you WANT to be a part of their team and show that enthusiasm about what you’re doing? Do you have a passion for the topic? If you have a passion for it, even if you don’t know it well, you will in the future. I mean. The commonly accepted idiom is that it takes 10,000 hours to be an expert on something which is five years of working full time on something over a 40-hour week.

Looking at it this way, it’s obvious that it’s going to take time to become an expert at something. So show that enthusiasm for what you’re doing. The employer can pick up on it and you can find an enthusiastic person when they walk in the room. Everybody feels that person raises their energy. The next part of that enthusiasm is can you energize others? When people come to you, do they feel better after they’ve interacted with you? Are they more energetic and more passionate? If so, then you are someone the employer will want to hire. Even if you know less because if you can bring up the level of the team, anything could happen.

Let me share a personal example. When I started in networking and I took my first job at a major internet service provider in 2000, I was preparing for the CCIE lab at the time. And there weren’t many of us. In fact, when I passed the lab, I was around the 6,000th person to actually pass. There weren’t that many of them at the time. With that being said, people came to me for advice, not only to teach them, help them and mentor them; but also because they felt better when they left.

After a while of working there, I realized I had an office full of engineers and they were constantly coming to me for advice. As they were coming to me for my advice, they were learning more. Ultimately my employer noticed. My employer informed me they noticed the training and noticed the education. They acknowledge that I was never asked to do this, but that I was doing it anyway, and sharing my knowledge with the team. I loved that recognition, and that eventually lead to growth opportunities for me with the company. It worked out incredibly well for my career, but it was the fact that they saw I was energizing others.

The last part of the whole attitude section, are you focused? Do you run a task or a project to completion? If you’ve had 10 jobs in the last five years, that is not a good sign. If that happens to be the case, then you should have a reason why that happened. But are you focused? Can you focus on the task at hand or on your interview are you playing with your phone, are you’re jittery, are you fidgety, do you look like you’re changing the topic, that you can’t look them in the eye and focus on the answer? These are all things that you need to be aware of when interviewing. If you know that you have these tendencies you should dedicate time to addressing them, just as you would knowledge deficiencies.

To summarize; be honest because hiring managers can tell when they interview people. Control the interview; take control when you can. Show some level of competency and show deep competency, if you have it, where you have it so that by the end they might not even ask you about areas of where you’re weak.

Know what you know and know what you don’t and know how to find answers to the things you don’t know very quickly. Make sure they know that you are resourceful in researching answers and solutions but tell them that only if you can find answers quickly. Be very energetic and motivated about the things that you do. Show that you bring out the best in others. Have a good attitude, be positive, raise the energy in the room. If you do that and the employer senses that, they’re definitely going to want you on our team.

Now you know how to win a technical interview for cloud computing jobs and how to not expose your weaknesses as such weaknesses, but show your strengths and doing it with honesty, dignity, and ethics. 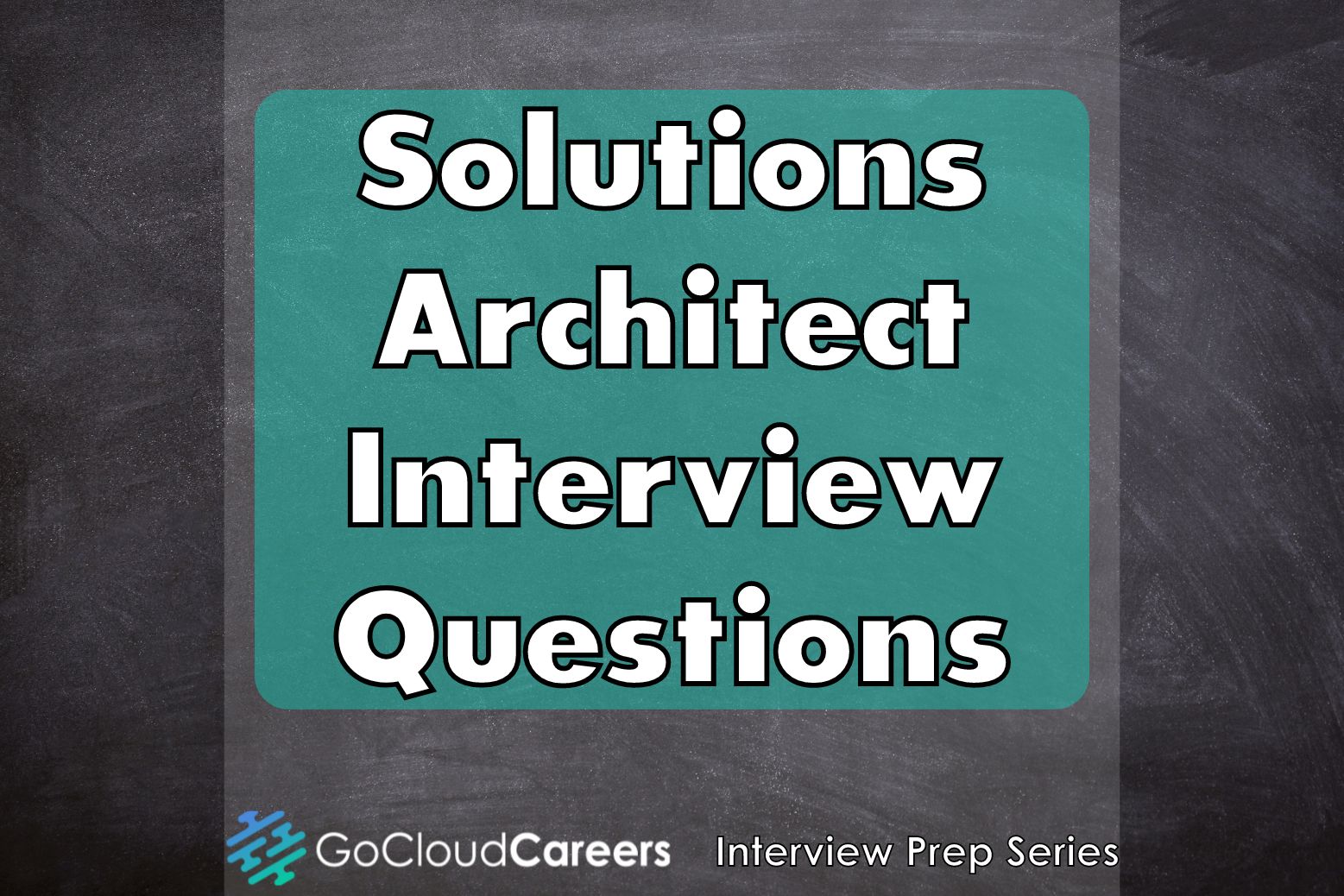